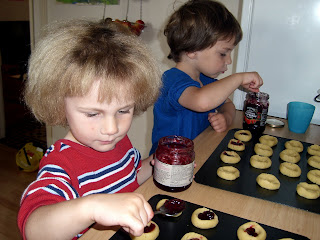 What to do on a Bank Holiday Monday? Asking the kids and the answer was simple - baking Jam Tarts.

Knitting the Sock Clubs sock for May, I suddenly broke one of the needles!!! Never happened to me before. 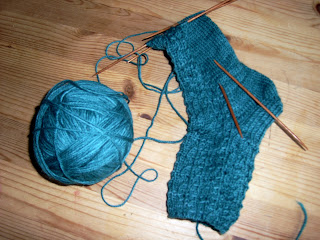 Now I just found that the sock-pattern for September is released - two to chose from and they both look fab. Oak Leaf from Knotions or Socks with Cables from Garnstudio. Hrm! Which to chose?
Posted by Akhila's Handblog at 10:44